Congratulations to Youme Landowne and Anthony Horton. Their book PITCH BLACK: DON’T BE SKERD was selected as one of the Top Ten Best Great Graphic Novels for Teens in 2008 by the YALSA (the Young Adult Library Services Association) of the American Library Association at their annual Mid-Winter conference in Denver. PITCH BLACK is a collaboration between Youme and Anthony, and is Youme’s second book. Her first book for children was SELAVI: A HAITIAN STORY OF HOPE. It too received high honors from the American Library Association, being cited as a Notable Book for Children and selected to be on the Texas Bluebonnet Master Award List. You can see the YALSA Committee’s full list and announcement here. 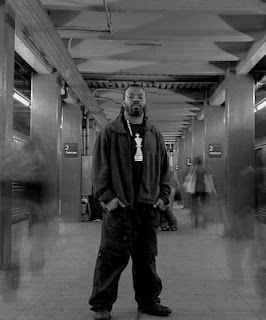 Pitch Black is Anthony Horton’s book. As Youme’s collaborator, he is truly the hero of Pitch Black. Born in 1968, Anthony is a homeless artist who was living in the tunnels underneath New York City when the two met. If you want to see his work, you’ll have to walk along the tunnel walls in the darkest parts of the transit system. When they met in 2005 at one of the subway stops, they began to talk. They rode downtown and uptown and downtown again, discussing art and life, and they decided to begin working together. They decided to write this book which would tell Tony’s story. These are his words:

“I was born to people who didn’t want me and so they gave me away. But I guess the people they gave me to didn’t want me either. No one wanted me. That’s why I ended up on the streets alone and uneducated. I couldn’t read or write. I didn’t know anything and the whole world knew it.”